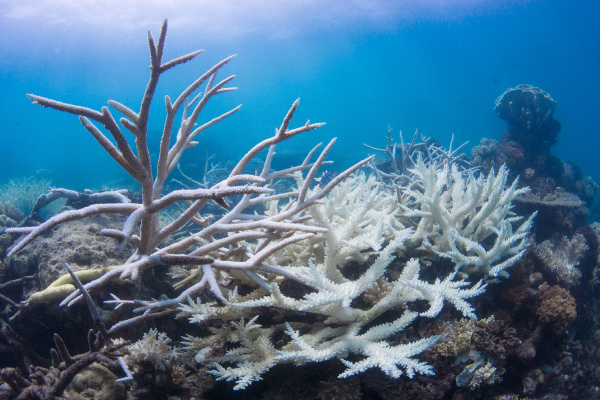 The Global Assessment Report on Biodiversity and Ecosystem Services was based on a comprehensive review of around 15,000 scientific and government sources compiled by 145 expert authors from 50 countries. For the first time, this review encompassed indigenous and local knowledge as well as scientific studies. The findings of the report are stark and deeply worrying. We are facing a crisis that will have catastrophic consequences if we stick our heads in the sand and keep going “business as usual”.

We, humans, share this awesome planet with millions of other animal and plant species but our activity has compromised nature like no other natural force. Nature is hurting…It’s loosing many of its species and its ecosystems. The loss rate is at its highest in human history and accelerating, the report indicates.

Human activity has been reducing biodiversity in many ways, by:

I learnt from the report that human activity is also reducing bio-diversity by translocating invasive species and allowing them to disturb and crowd out native plants and animals. This generally unintended “homogenizing” effect makes all ecosystems become similar everywhere… The uniqueness of natural ecosystems is disappearing.

Why this is worrying:

A variety of species make up our life-supporting safety net, providing our food, clean water, air, energy and beauty. However, our safety net is shrinking and holes are appearing. Already, in parts of the oceans, little life remains but green slime. Sixty-six per cent of the oceans, which cover just under three quarters of the planet, have suffered significant human impacts. That ocean damage includes more than 400 dead zones where scant life can survive. Some remote tropical forests are almost silent as insects have vanished, and grasslands are increasingly becoming deserts. Currently, human activity has altered more than seventy-five per cent of the Earth’s land areas.

Forests, oceans and other parts of nature soak up sixty per cent of global fossil fuel emissions every year. Thus, conserving nature will help protect the climate and help buffer extreme weather events. Coral reefs and mangroves protect coastal areas from storms such as hurricanes. Wetlands reduce flooding by absorbing heavy rainfalls. Yet these ecosystems have declined dramatically. Wetlands are down to less than fifteen per cent of what they were 300 years ago and coral reefs are dying off.

What could be done and by whom?

Significant and immediate changes in the ways we do things – our production and consumption patterns and underlying values – are needed to restore the ecological balance on our planet. Action is required from us as individuals in addition to grand-scale initiatives from policy makers at local to global levels.

Less consumption and less waste (food, water and materials) is what each one of us can start doing immediately. In fact, resources in developing countries are being depleted to meet our insatiable need for consumer goods and electronics. We are all connected. Our efforts to consume and waste less will not only contribute to the solution, but will show that citizens are committed to addressing the problem.

We can be the leaders for a better tomorrow and a better world for future generations and for the wellbeing of every life on this wonderful planet.

Our consumption of everything continues to grow exponentially, and faster than the population growth. Is this sustainable?

“Despite progress to conserve nature and implement policies, the Report also finds that global goals for achieving sustainability cannot be met by current trajectories, and goals for 2020 and beyond may only be achieved through transformative changes across economic, social, political and technological factors.”